6 ways to stay on top of your sleep - Insights from H.V.M.N. CEO Michael Brandt

Insights and tips from Michael Brandt, the CEO of HVMN, on improving our sleep, optimizing our health and productivity, and finding purpose in our work.

Michael Brandt is the CEO of Health Via Modern Nutrition and he is also a marathon-runner, clocking approximately 70km a week. As a high performer and biohacker, he values not only sleep as a recovery mechanism but as also an essential part of optimizing waking life.

Here are some tips and insights from our conversation with Michael:

1. Utilize ketones for recovery and sleep

Health Via Modern Nutrition is focused on the power of ketones for people looking to optimize their physical and mental performance. What are ketones? Ketones are the chemical byproducts of fat metabolism in liver cells and are used as a source of energy. They're not the body's first choice of energy - glucose derived from carbohydrates form the liver's go-to energy source.

Carbohydrate energy isn't free a lunch. The glucose that is metabolized when ingesting carbohydrates creates blood glucose spikes that can have a variety of implications on our physiology: circulating glucose is a waking signal, raising our energy levels for a few hours. This becomes more problematic as we approach our sleep time since our bodies should be winding down and preparing for rest.

Ketones, on the other hand, take longer to metabolize but don't destabilize circulating glucose levels. This allows the natural biological rhythm of insulin and glucose to fluctuate without the spikes that come with ingesting carbohydrates.

HVMN's newest release is Ketone 2.0, a ketone ester that improves recovery in the context of endurance.

So it makes sense that Michael drinks ketone esters 30 minutes before sleeping to stabilize his glucose levels and give his body the best odds of getting a good night's sleep - no unexpected glucose spikes or circadian compensations for an insulin peak during the night.

We all have a biological rhythm, largely determined by our genetics, that fluctuates over 24 hours. Within that 24 hours are windows when our bodies want to fall asleep and to wake up. These times become hard-coded into our brains and bodies, and shifting our sleep or wake time desynchronizes the natural clock that resides in almost every cell in our anatomy.

Waking up at 6 am and going to bed around 11 pm defines Michael's sleep schedule, which he sticks to as best he can. Even if he were to push his body past 11 pm, he'd still wake up at 6 am. Getting sleep when it's biologically appropriate is a massive part of Michael's life but also part of his philosophy as a high-performance founder and athlete.

As a Co-founder, CEO, marathon runner, and soon-to-be dad, naturally, I asked Michael about sleep and its relationship with productivity. Founders, CEOs and professionals in general often sacrifice their sleep to finish a task. Michael's words rang true when he said that there's always one more thing to do.

"People burn their midnight oil but that always comes at a cost the next day when you can't focus or it impacts your productivity. That's more like being short-term greedy. You can always sprint the first few miles of a marathon, but you'll never make it to the finish line. I wanna be long-term greedy. How can I get to where I'm going in a year, five years, or ten years. "

Besides the long-term benefits of consistently great sleep, there are also significant short-term benefits. Specifically, reaching a state of flow - that feeling when you're so focused on a task that you lose track of time - is paramount to Michael's performance.

"If I can get that one hour of flow, I will crush it. Without that focus, I'm just not as productive. And I think that's the trade-off with working late."

4. Check in with yourself

Squeezing in calming routines before sleep is an undisputed method for increasing your chances of getting a good night's rest. What's less well known though, is checking in with yourself during that wind-down period.

We need to stop and ask: how am I feeling? Michael insists that setting aside time to check in with yourself is so important.

At 7 pm, he begins switching everything off, especially screens, to start winding down. Beyond that though, he uses that time to really get to know how he's feeling because with biohacking, it's easy to get so caught up in the numbers and our brains just really aren't wired to take in all that information.

So how can we use our data more effectively?

5. Use data as a way to adjust to a new normal - then keep improving

Data is critical to setting goals and accurately understanding our behavior and physiology. Michael appreciates the leverage that data gives us, and uses Oura and Apple Watch to track his sleep.

His approach to data, though, is a more practical one. He uses an example of reaching 10,000 steps on a fitness tracker:

"We can always track using numbers, but it's good to be self-aware when you're doing that. We can learn what reaching 10 000 steps feels like intuitively and then build on that intuition."

The better we become at aligning how we feel to what our data says about our sleep metrics, the better equipped we are at building on a great foundation of healthy habits.

"It's about building something over time. And I love building."

Michael believes in the Renaissance approach to working and life: there's nothing more incredible than dedicating your life to something creative and fun and doing it with the people that you enjoy spending time with.

"My co-founder and I love adding those numbers to our characters to make them better."

Being the best possible version of yourself is Michael's core philosophy. It's all about building things up over time and playing the long game. You can find him on Twitter (@bdm_runner) and you can sign up for the Ketone 2.0 waitlist here.

Insights from the Founder of Levels health on improving your sleep and metabolic health by taking your glucose levels into account.
The Bioloop Team
November 22, 2021

Insights from the Founder of Levels health on improving your sleep and metabolic health by taking your glucose levels into account.
The Bioloop Team
November 22, 2021 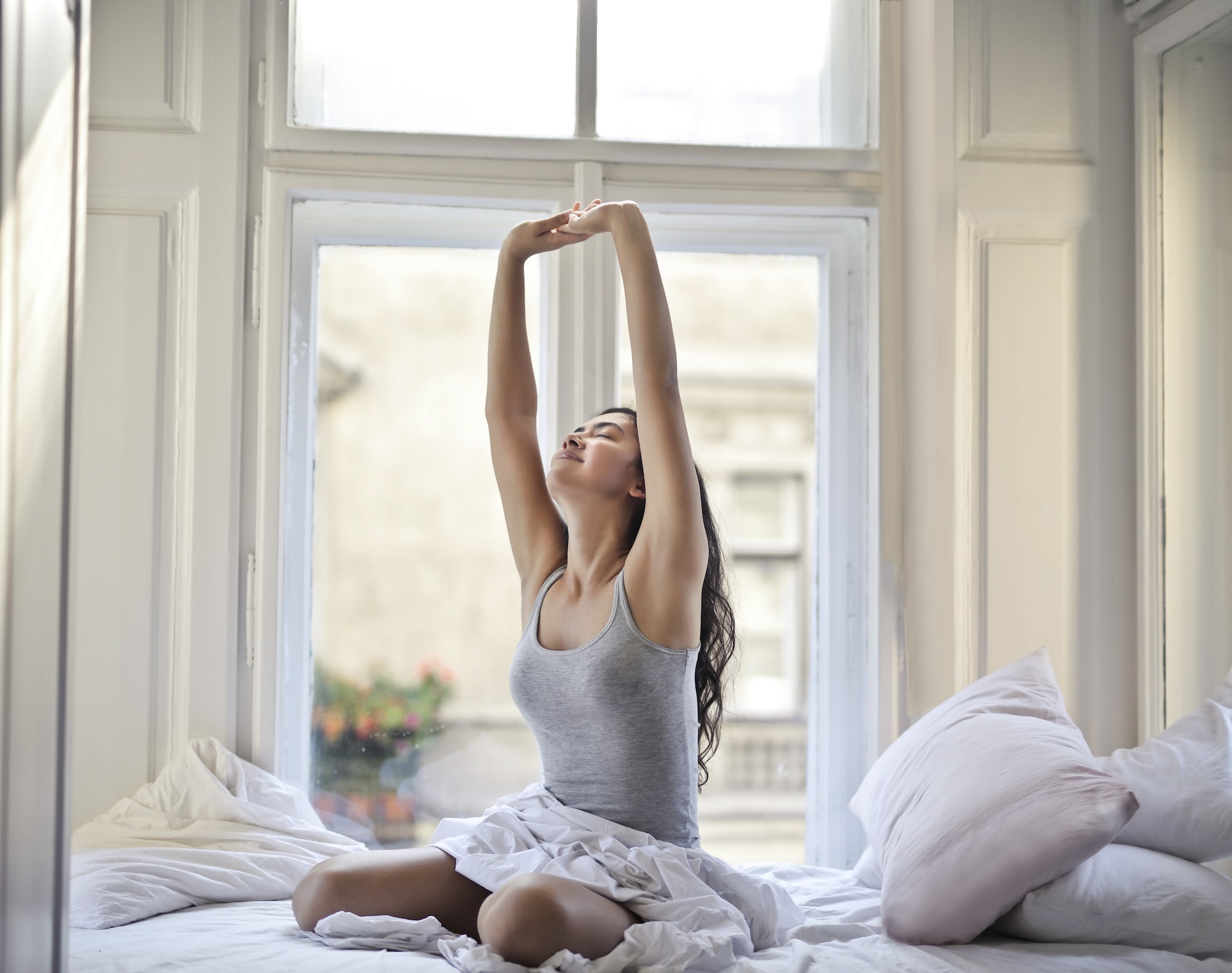